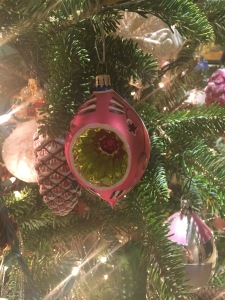 For days in advance, Poles prepare the traditional foods that will be enjoyed during Wigilia, or Christmas Eve supper. Hours are spent rolling, chopping, and baking until homes are filled with aromas that evoke long cherished memories. With traditions that survived centuries of war, partitions and decades of communism, Wigilia is truly special. My mother swears that no matter she does in the kitchen now, the food just doesn’t quite taste the same as she remembers in Poland…I’m sure that’s nostalgia at work.

Below are some of some of these Wigilia traditions and customs.

On the morning of Christmas Eve, the home must be cleaned very thoroughly in preparation for the evening. People are particularly careful on Christmas Eve, because everything that happens on this day sets the tone for how the next year will play out. This might not be the case for everyone today, but I think I can safely say that many Poles continue to be a superstitious bunch 🙂

The night officially begins when the first star appears in the sky. I guess you are out of luck if it is cloudy! Once the star is spotted (usually by a very, very enthusiastic child), the food can be brought to the table. The table is covered with a white tablecloth, and somewhere on the table, there is a thin layer of hay under the tablecloth to signify Jesus in his manger. There is always an extra place setting and chair at the table, in case an unexpected wanderer stops by, in need of a warm meal.

Before sitting down at the table, a prayer is said and everyone breaks the Christmas wafers, called opłatki that are laying on the table. Opłatki are thin wafers that are embossed with Nativity scenes, or images of religious figures and they are typically sent along with Christmas greetings from family members. With a large piece of opłatek in hand, everyone exchanges wishes for health and happiness in the upcoming year with one another, and eats a piece of opłatek taken from the well wisher. Topped with a hug and a kiss, these exchanges are typically said with great reverence and thoughtfulness. Additional blessings are said for family and friends who are not present and for those who sent opłatki.

Nope, we aren’t done yet, next in line are the animals! On Christmas Eve, the animals in the stable were the first to see the Jesus when he was born, and as a result, they are considered our equals on Christmas Eve. In villages across Poland, it was said that animals could even talk on Christmas Eve! (Oh yes, I tried to talk to my dog many times on Christmas Eve when I was younger.) Given their superstar status on this day, pets and livestock all get a piece of colored opłatek and a blessing as well. Though many people have moved from villages to larger cities and abroad, this tradition from the countryside carries on and now is more likely to include cats and dogs rather than horses and cows.

Through a combination of the “superstar animal status” on Christmas Eve, and long-time Catholic Church mandate which has now been revised, Wigilia was and continues to be a meatless meal. Now, to vegetarians out there, we are not following your rules because we do not consider fish to be meat for Wigilia purposes…sorry!

The meal almost always starts with a delicious hot serving of czerwony barszcz. Barszcz is a beautiful, maroon colored soup that is made (you guessed it!) with beets. The version served on Christmas Eve is really more of a broth than a soup that is filled with chunks of vegetables, and is typically served with wild mushroom uszki, which are quite similar (though in my opinion, inferior :p) to mushroom tortellini. Mushroom and cabbage paszteciki are another common accompaniment. I realize that I have not posted a barszcz recipe yet (THE SHAME!) and for this I have no excuse.

There are a few varieties of fried fish served on Wigilia, including the famous carp! On top of this, śledzie, or pickled herring also make an appearance. Other traditional items that might make it onto the menu are pierogi, mushroom soup, pasta with poppy seeds, potatoes, salatka jarzynowa (vegetable salad), and karp w galarecie (carp in aspic).

Dessert will almost always include a makowiec, which is a poppy seed roll. (The prevalence of poppy seeds in Polish cooking and baking tends to surprise people, but if you were ever to drive through certain parts of the country, you’d see acres and acres of beautiful poppy fields.) Though makowiec is delicious, my personal favorites are szarlotka (apple cake) and sernik (cheesecake).

After hours of eating, talking, and let’s be honest, the undoing of one or two buttons on your pants, it is time to listen to Polish Christmas carols, which are called kolędy. We still have these kolędy on cassettes that my family brought from Poland. It is for this reason that we still have a cassette player at all! I know, I know, we can get all things songs on our computers and phones, but something about seeing the cassette cover from the 1980s on Christmas Eve just makes me smile a little bit.

Next, it is time to gather around the tree and exchange gifts! For most, Midnight Mass follows, although some prefer Christmas morning. After a day full of cooking, eating, storytelling, and talking to animals (let’s assume it’s just the children on this one, or a crazy uncle), a restful slumber is in order.